Yesterday, I was on the phone.


My kids are pretty good about not interrupting me, because I'm not much of a phone talker, so if I'm using the phone chances are it's actually something important.

So I wasn't surprised to see my daughter Kay handing me a note.

However, I was a little more surprised when I read the contents of her note: 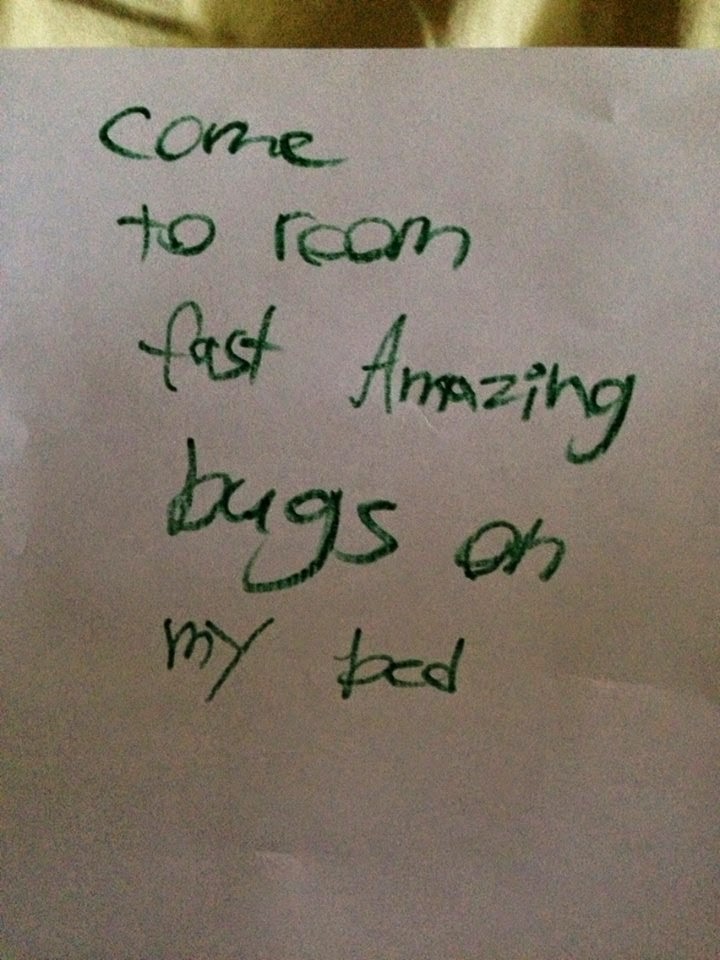 And I gotta tell you, amazing they were!

Note: The bugs weren't that amazing. Also, there was only one bug. And it wasn't actually a bug it was a moth. Still, I respect her ability to write a strong lede.
Posted by Unknown at 4:06 PM 2 comments: Links to this post

I dunno about you, but to me, this selection of films is not exactly "returning style and elegance to the movie going experience." 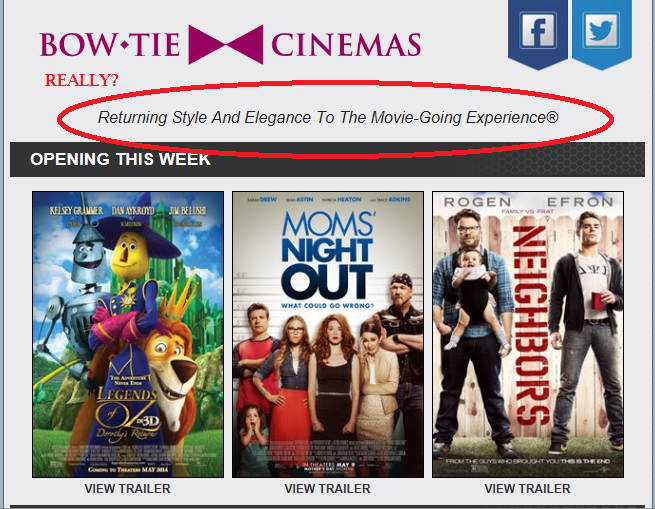 Posted by Unknown at 10:23 PM No comments: Links to this post

Thanks to Robyn and Craft Fail for featuring my son's latest creation, Home Tweet Home Improvement.

Here's an example of the first of many outtakes, but for it's fully craft fail glory head over to Craft Fail. 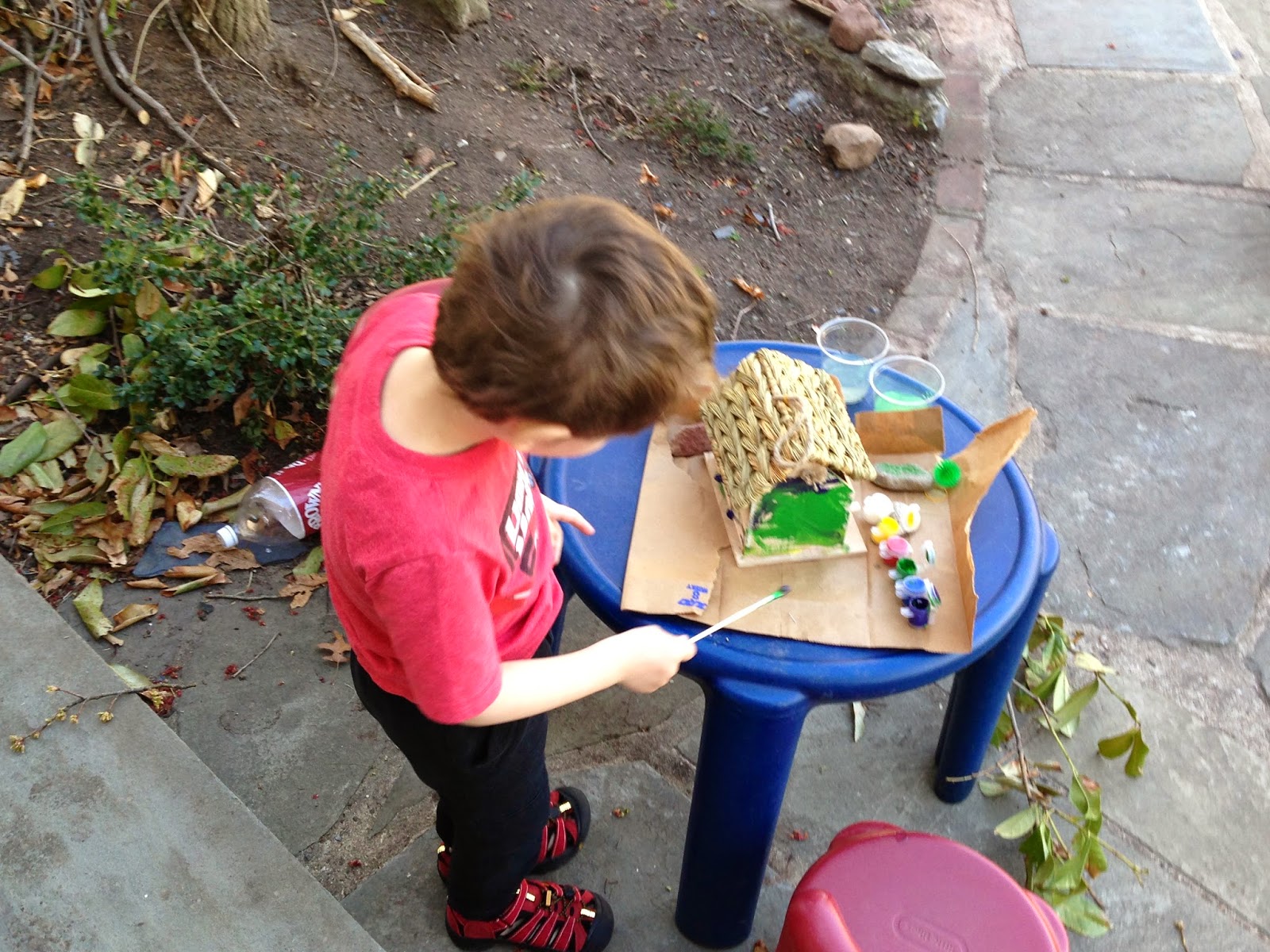 Spoiler Alert: the bird house turns out spectacularly!
Posted by Unknown at 7:15 PM No comments: Links to this post

I don't know about you, but I like to celebrate the day by making an Animoto video.

For videos from previous years check out:

Happy Father's Day!
Posted by Unknown at 6:00 AM No comments: Links to this post

Two Sisters: A Study in Contrasts

One question, asked of two sisters.

The question:
Grandma is spending the night. Can she stay in your room?

Magpie : Sure! How long? Does she want the bed? I can sleep on the floor. Or in another room, whatever's best. Maybe she'd like my special pillow? She can have it! And my special blanket. Oh, and Snuffles the Dog. He makes everything seem better when you're in a strange place.
Posted by Unknown at 10:10 PM No comments: Links to this post

Email ThisBlogThis!Share to TwitterShare to FacebookShare to Pinterest
Labels: Family, Funny, My Mom

Top Ten Things I Learned at the 2014 BlogU Conference #BlogU14 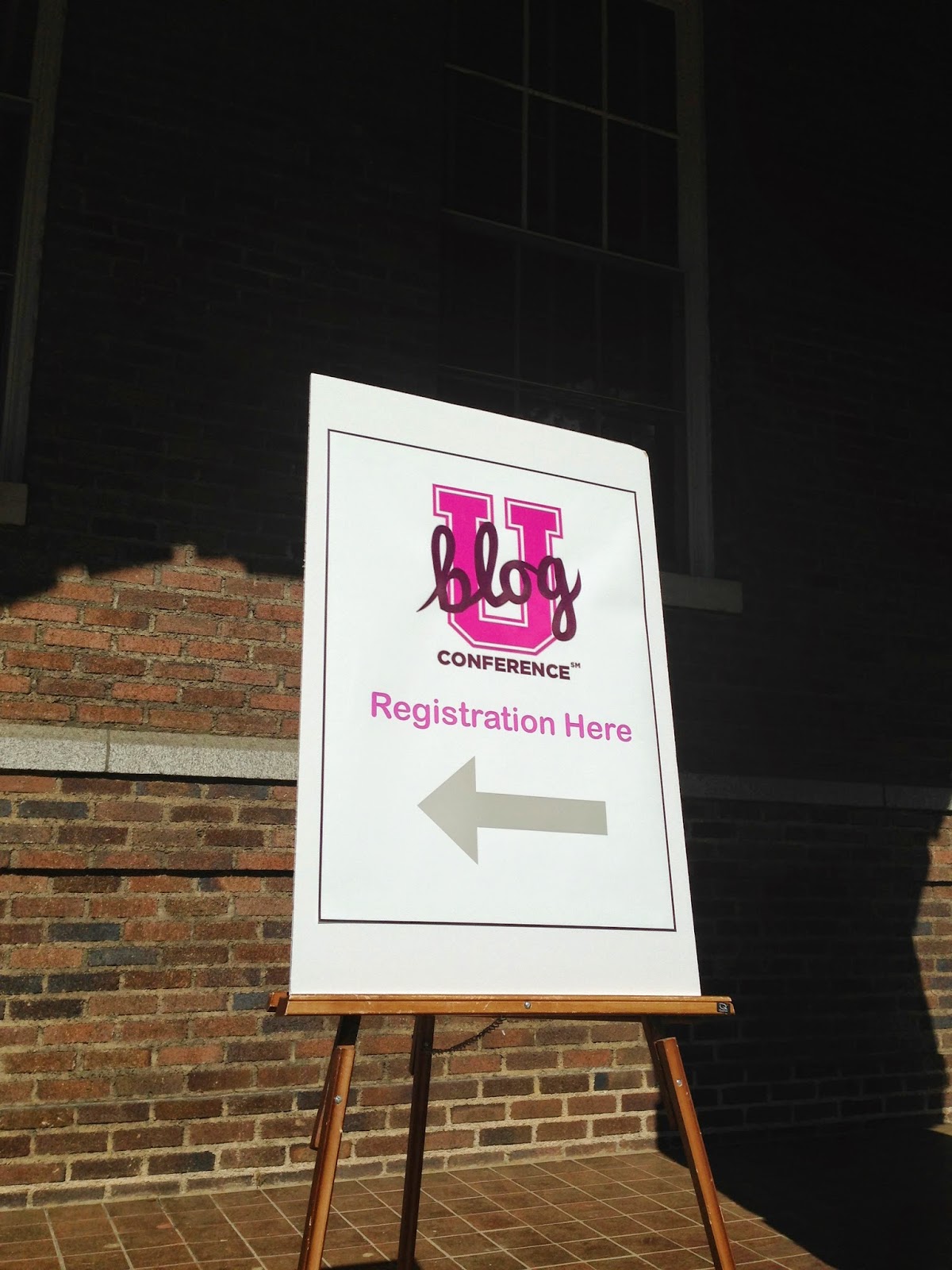 This weekend I was part of the faculty of the inaugural BlogU Conference in Baltimore, and it was a fabulous experience from the moment I walked in the door and was greeted by friendly bloggers who directed me to a room filled with candy, 'til the final awards ceremony, which handed out illustrious honors like "Most Likely to be Kicked-Out of the Dorms."

In addition to all the fun, I also learned a lot. Here's a list of my top ten takeaways from BlogU:

1. Public speaking doesn't have to suck. I am usually a nervous public speaker, but for the first time ever I wasn't when presenting my session at BlogU, How to Make Money with Your Writing. This was because I presented with Nicole Leigh Shaw, who showed me you can look forward to and enjoy talking to a group just as easily as you can worry about it and hate it. Thanks Nicole for the inspiration, you have a serious gift.


2. There's no party like a NickMom party. When NickMom throws a party, they throw a party. In a word it was epic, from the DJ who played every single one of my favorite songs from the 80s and 90s, to the centerpieces made with cassette tapes, everything was perfect.


3. A Girl and Her Band make the best headbands ever. I had already had a few blogging friends tell me how these headbands are incredibly cute and comfortable, but I didn't realize how truly great they were until I tried them for myself. They were also a huge hit with my daughters, so big thanks to A Girl and her Band for making me look good to my kids.


4. If you bring home a fun mustache, your tween will immediately steal it and even say "this is so awesome! Thank you!" So, thank you, Ashley from Big Top Family for the excellent swag! 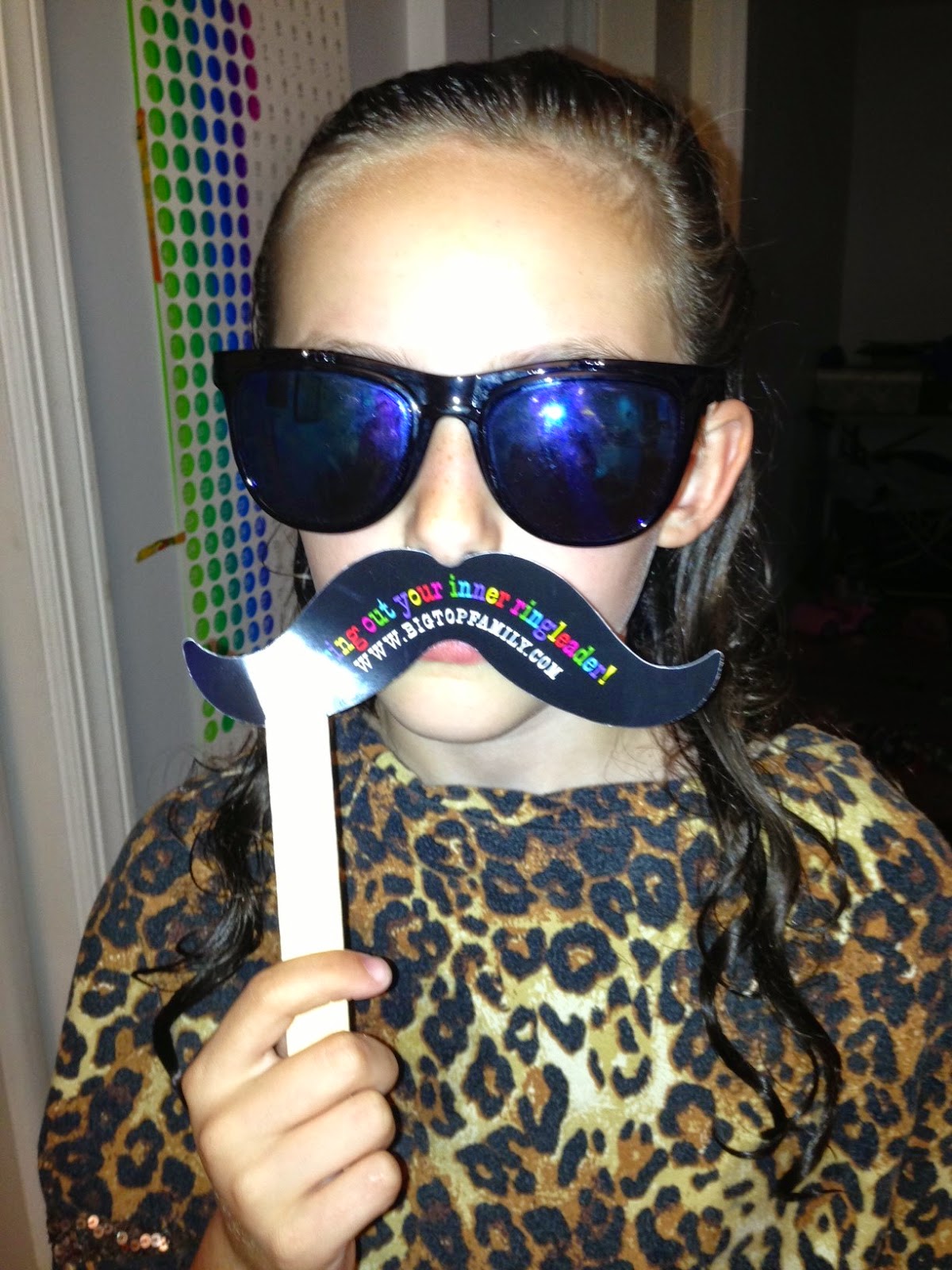 5. Friends in the computer are even more awesome in person. BlogU was the first time I got to meet in person lots of people I only knew through blogging, but had never actually met IRL. And while their 3D selves are even better than their Twitter personalities, many did betray me by being taller or shorter than I had imagined.


6. The best dorm mates ever are Kim, Paige and Robyn. The fact that I manged not to get a photo to document this fact is clearly a giant fail from the weekend.

7. The best time to pin things to Pinterest is Sunday night. I learned this and so much more about Pinterest from Anna of My Life and Kids.


9. Real Beanz Iced Coffee makes a long drive home after a weekend of very little sleep really not so bad at all. But still not nearly as good as the ride down with the fun and hilarious Kim of The Fordeville Diaries. 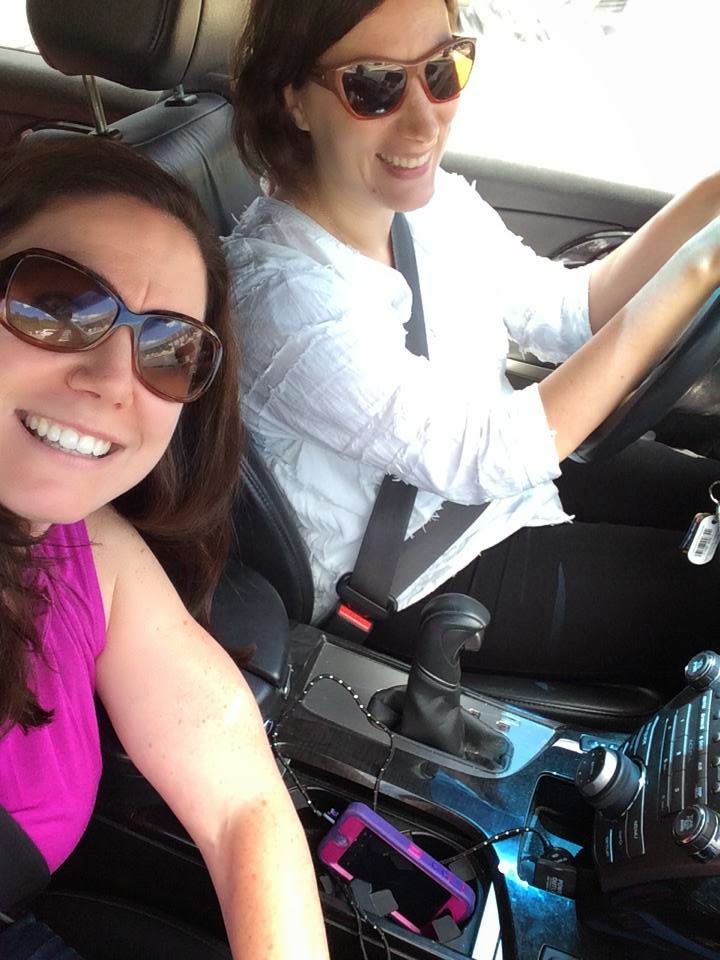 10. Your kids won't notice you were gone when they are enjoying the ultimate staycation with Daddy. Apparently, when dad is in charge it is not business at usual. I complimented him on there being no dirty dishes in the sink, but apparently that was only because they ate every single meal out. When they weren't busy dining at brunch with a chocolate fountain, they enjoyed an afternoon party at his brother's house, ran a 5k, went to the movies to see Maleficent and even fit in not one but two trips to the pool, and a Wii tournament that my ten-year-old described went on "until so long after bedtime you seriously don't even want to know when it ended, Mom." Well-played, husband. Well-played. And, you even got the roses to bloom while I was gone. 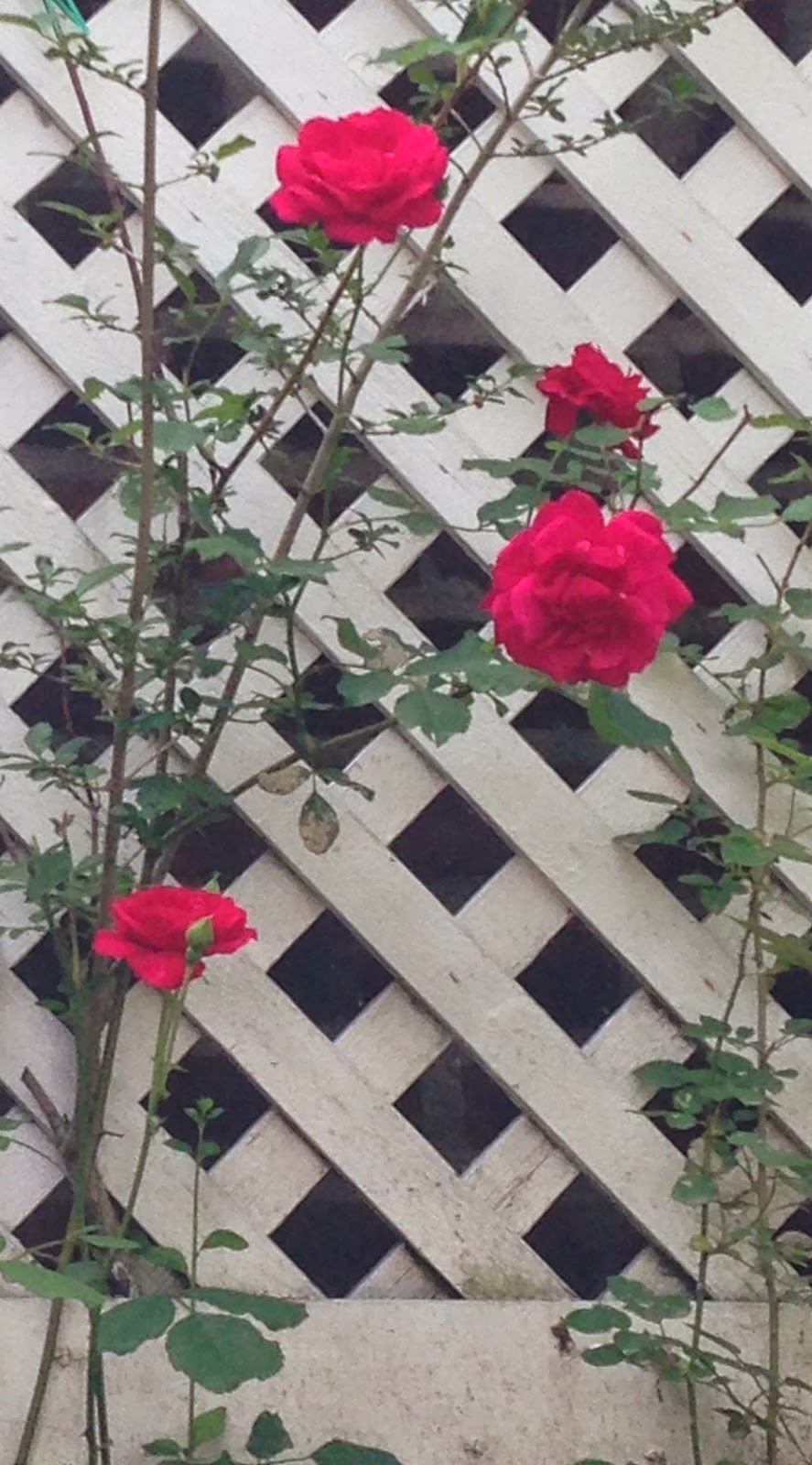 You can learn more about Blog U on their website, Facebook page and Twitter, and also by following the hashtag #BlogU14. For tons of photos from the NickMom Prom check out #NickMomProm.

I was not compensated for this post, but many of the products mentioned were sponsors of Blog U.
Posted by Unknown at 12:01 PM 8 comments: Links to this post

If you do not want yourself questioning whether you should buy a baby goat for your family NOW then don't read any further.

Last weekend we took the kids to Green Meadows Petting Farm in Hazlet, NJ and honestly, I could not recommend this place more highly. The kids got to pet, hold and generally fawn over a huge collection of adorable baby animals.

Here just a few of the many photos I took. 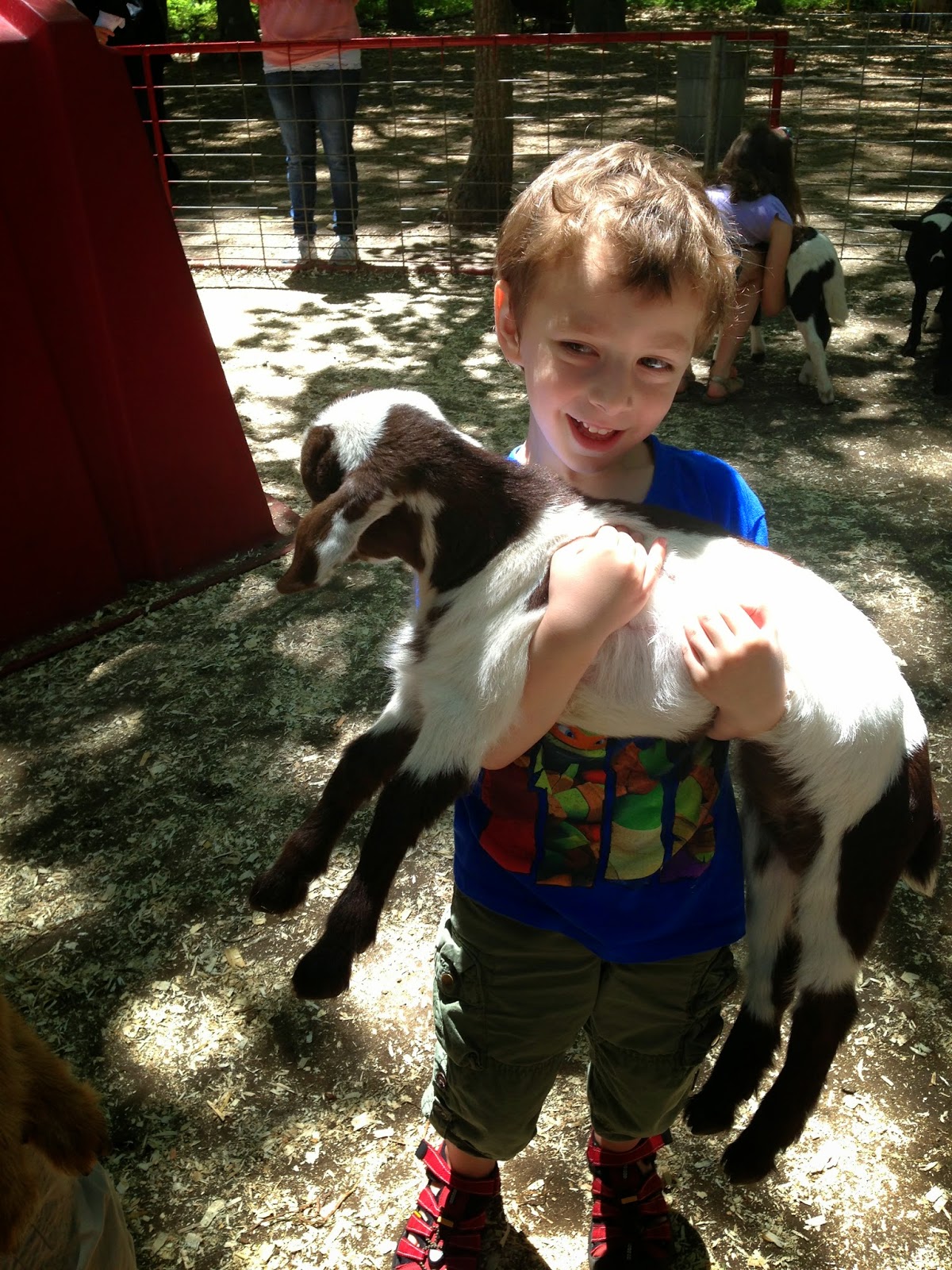 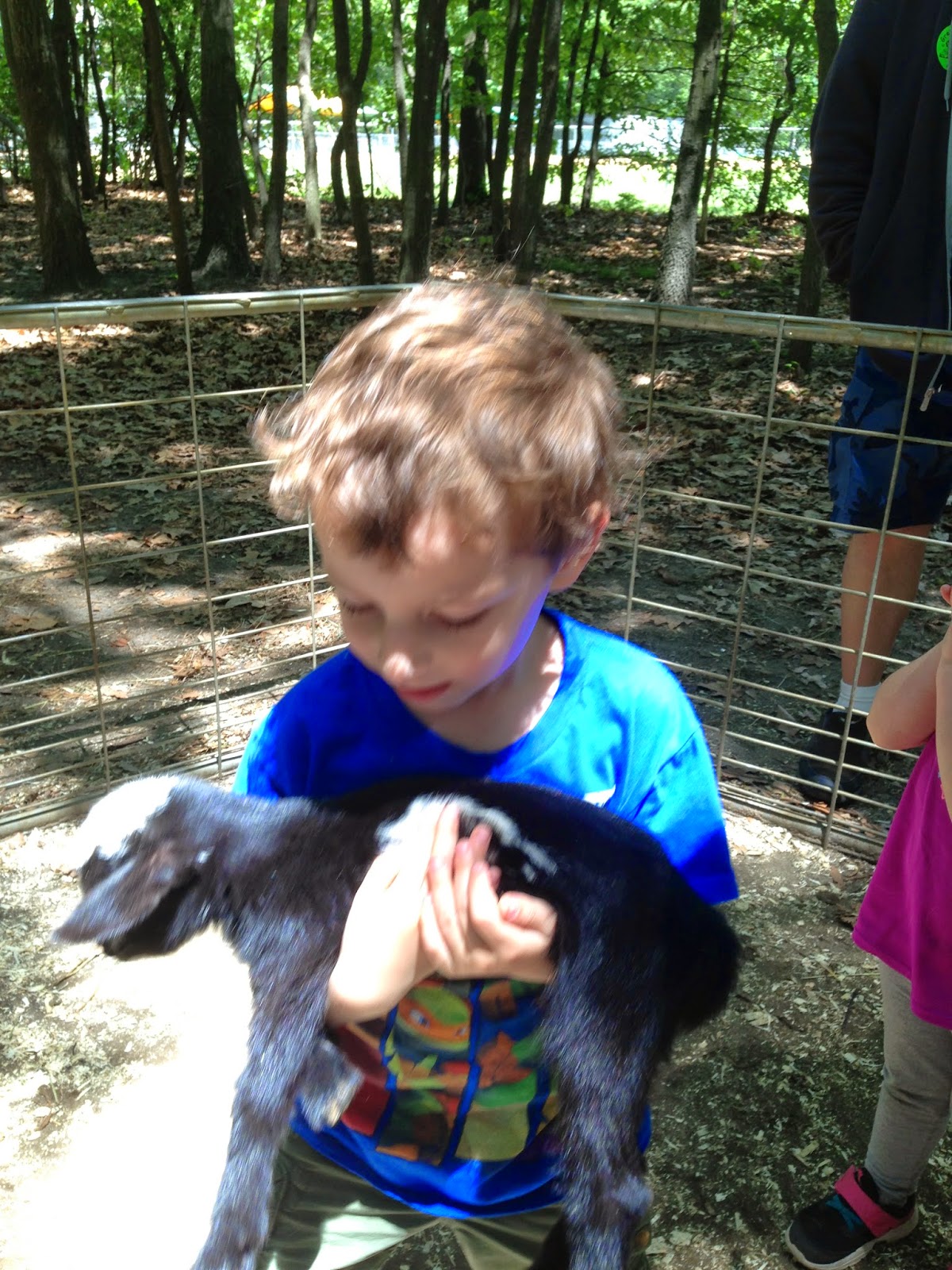 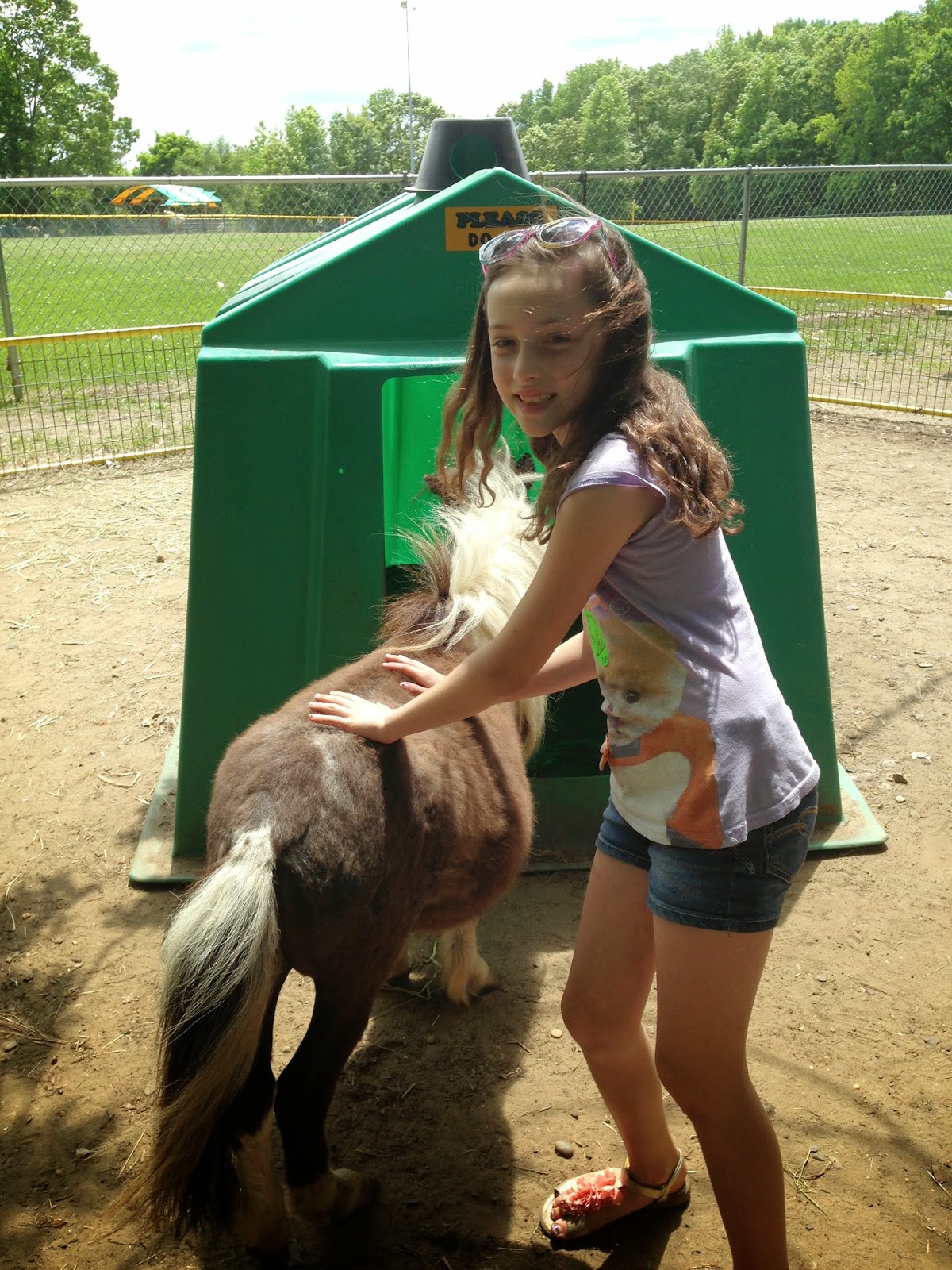 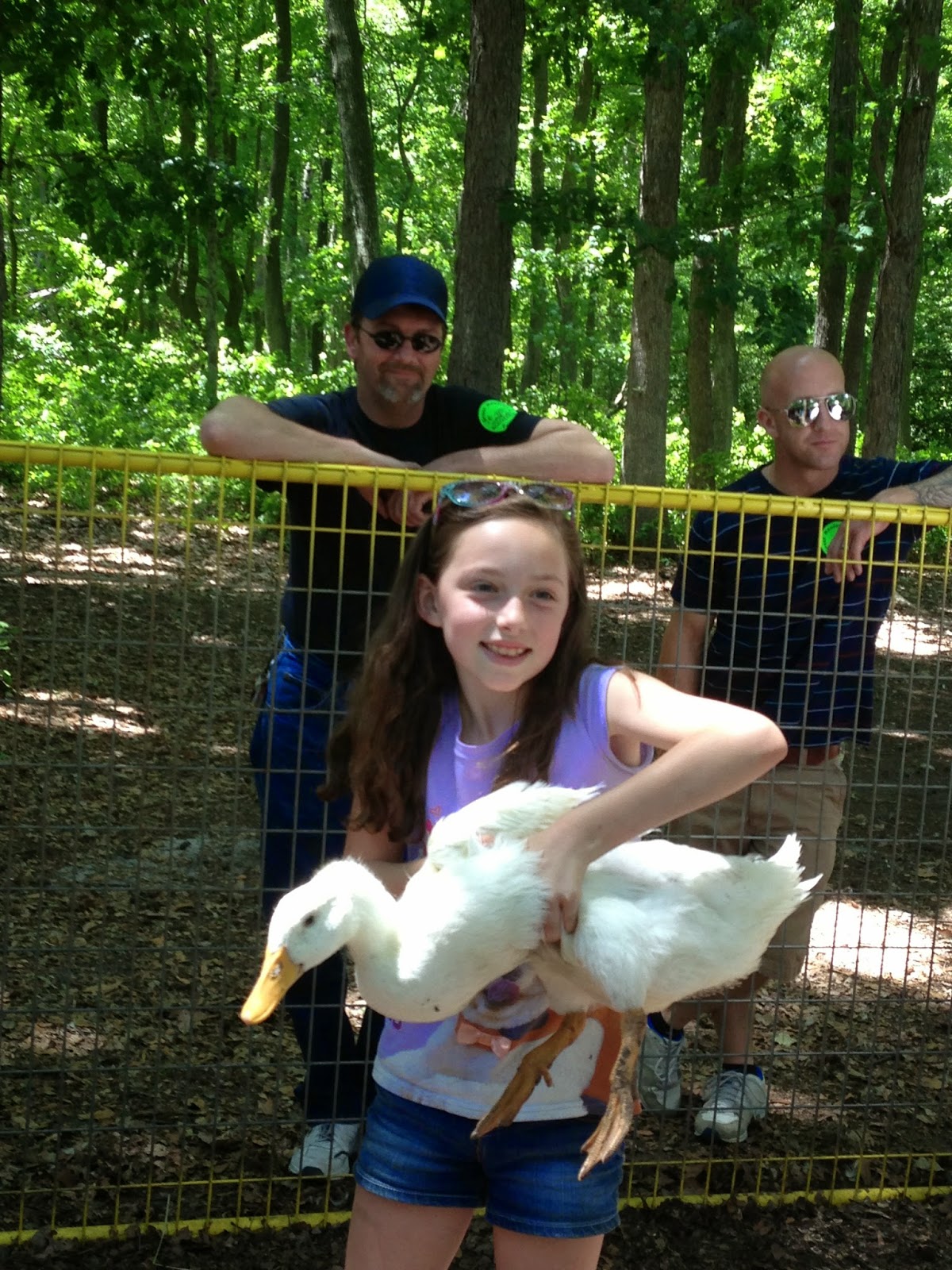 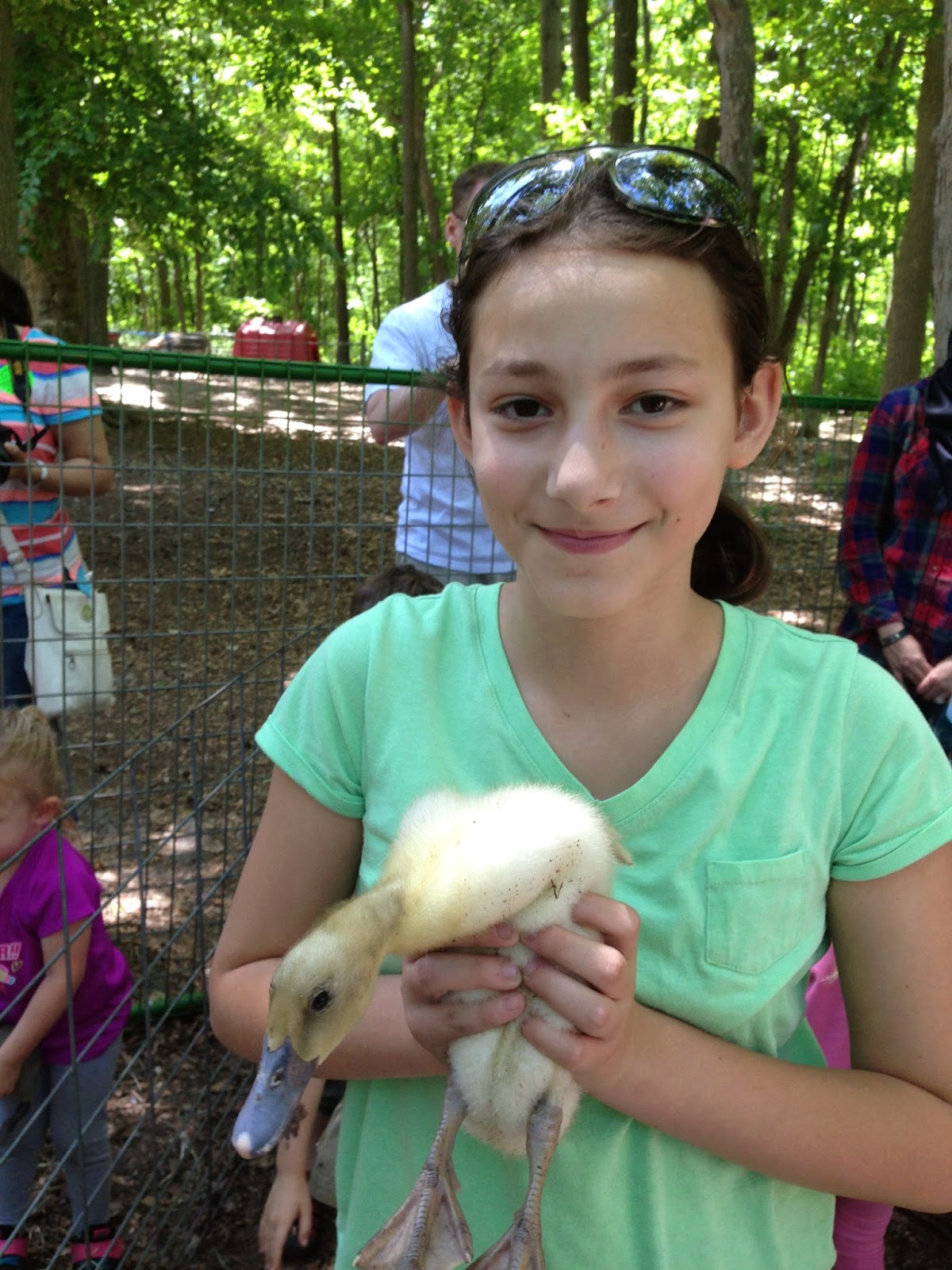 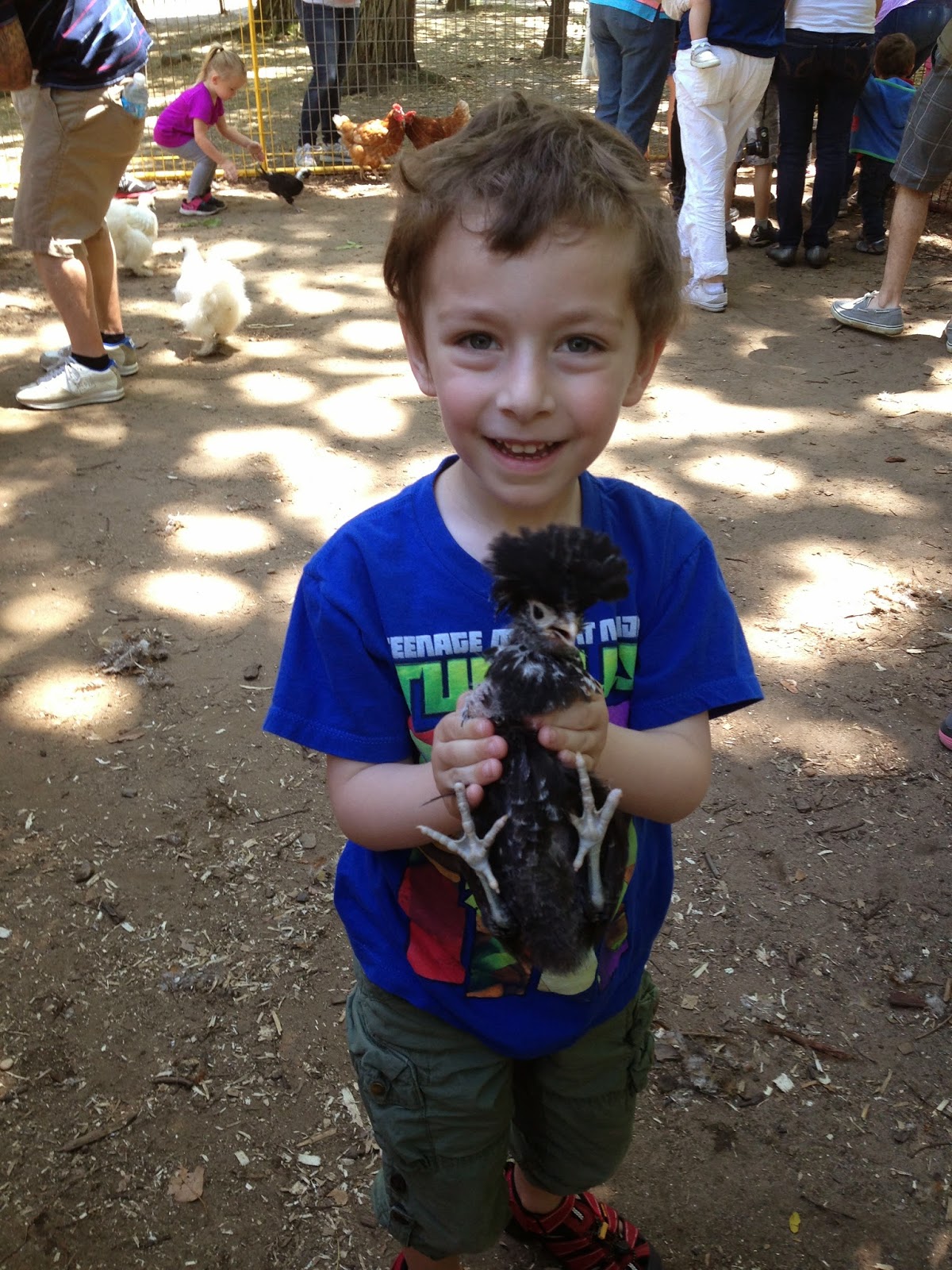 My son took a photo of the horse, which was a draft horse, and as the young photographer noted was "really just too big for one photo. So I took him in two." 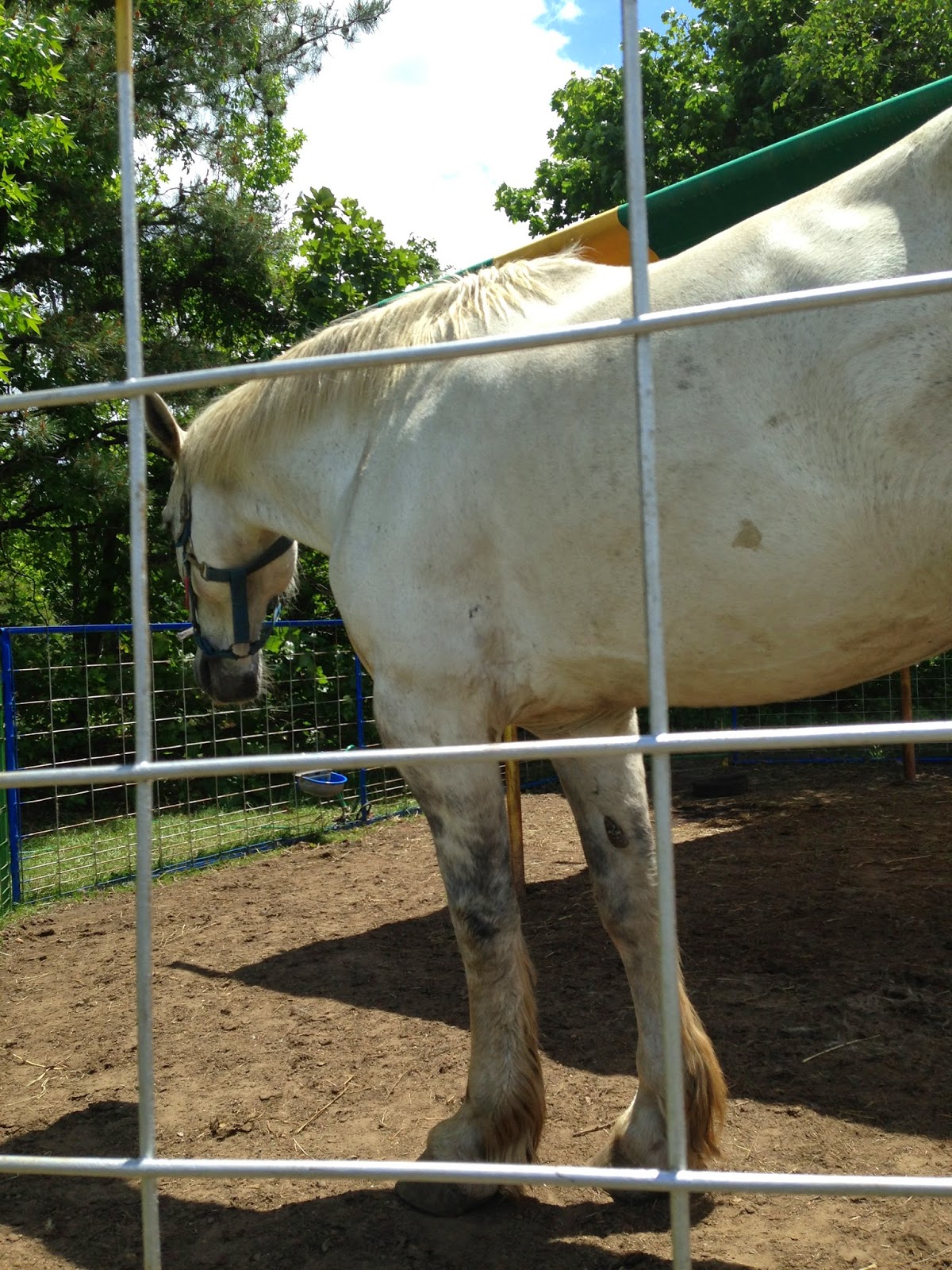 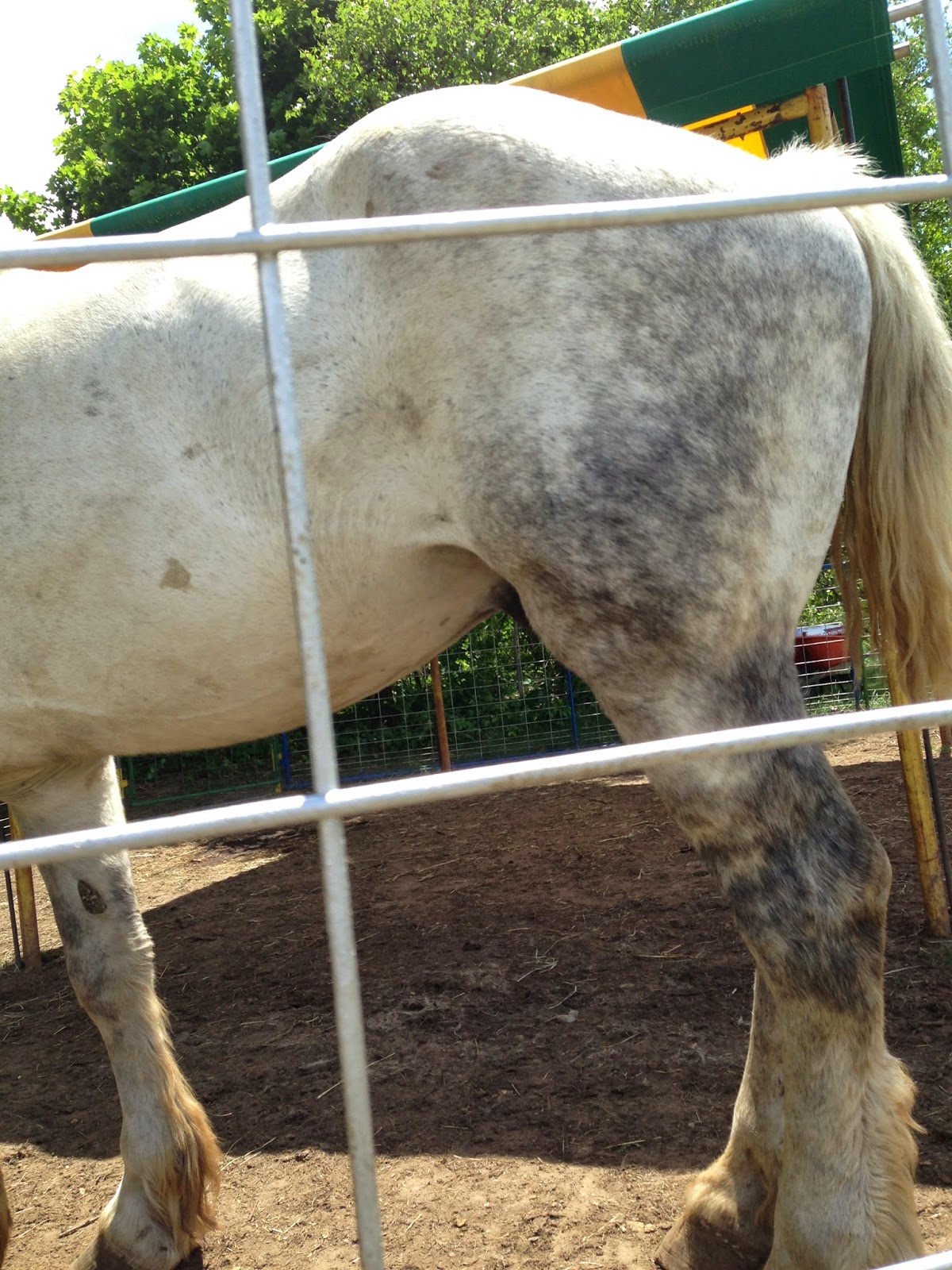 Green Meadows Petting Farm is seasonal, so if you don't catch them by June 9, look for them when they'll be back in the fall.

Note: Not compensated for this post, just truly loved our visit to this very special place.
Posted by Unknown at 10:02 PM No comments: Links to this post