After discovering the hysterical reviews of Haribo Sugarless Gummy Bears, I wondered are there more funny Amazon reviews?

The answer is yes.

I present in this edition of Funny Amazon Reviews, the reviews of The 2009-2014 Outlook for Wood Toilet Seats in Greater China

I know what you're thinking, eh sounds kinda dry. But trust me, while the actual report might be (and I'll never know because it's over $400), the reviews are not.

to read them in all their snarky glory. 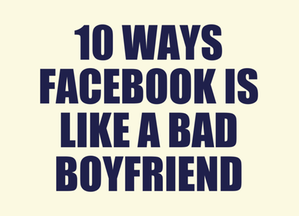 I keep seeing increasingly desperate pleas from Facebook page administrators begging me to help them help me see their Facebook updates.

Honestly, the only thing more boring than Facebook continually making changes to how and who and when it shows page updates to me is reading complaints about how these changes are so hard on the page administrator.


Believe me when I say, more sympathetic I could not be, but at some point it's time to stop complaining and time to start moving on with your social media life.

I feel like that best friend who has listened to you complain on and on and on about your bad boyfriend, and now, can listen no longer. At this point, I can only give advice: it's time to break-up with him. Or at least, it's time to see each other a little less. But the obsessing about it? It is definitely time for that to stop.

Think I'm wrong in comparing your relationship with Facebook to that of one with a bad boyfriend? I think not.

1. He tells you one thing, but does another. Over and over and over again.
2. He keeps your friends from seeing you - even when your friends have told you (and him) that they want to see you.
3. He thinks your friends are his friends and that he gets to control if, and when, they see you.
4. He threatens that if you want to see your friends ever again you will need to give him money. Lots of money. And not just one time, you will need to pay him over and over again every time you want to see your friends.
5. He creates a ton of drama. You find yourself spending more and more time thinking about what you could do to make him happy.
6. You wonder how you can change to be more like what he wants. You think, "maybe if I use more text and less photos, then he'll like me!"
7. You don't feel good about yourself when you're with him.
8. You obsess about how he is going to treat you next time, and hope this time will be different. (And yet, it never is.)
9. You let him convince you that if you leave him, there's nothing out there that can replace the void.
10. He lets you think you could never be happy without him.

Now tell me, if you wouldn't let a person treat you this way and make you feel this way, why are you letting a social media platform get inside your head?

You will be fine without Facebook! To continue the boyfriend analogy, there are plenty of fish in the sea! Facebook is not the only guy in the social media world, find a better boyfriend!

And don't forget, living well is the best revenge - and trends show that Facebook will go the way of MySpace, even more quickly once you're gone and not there for Facebook to kick around anymore.

I know this is easy for me to write because I don't have a large following on Facebook, but I would like to think I'd still feel this way even with millions of fans. Social media that doesn't play fair isn't worth the fight.

Posted by Unknown at 1:30 PM 7 comments: Links to this post

Meatball Sliders - Easy and Delicious and Perfect for a Crowd

With so many people having snow and cold weather in the forecast this week, I'm sharing this craft from last year in case you need something easy and fun to do with the kids that should keep them occupied for 5-10 minutes, but don't worry, the clean-up will take much longer!
With just Q-tips, paper plates, watercolor paints and whatever else you have in your craft drawer, kids can create fun masterpieces like these made by my daughter Kay (age 7): 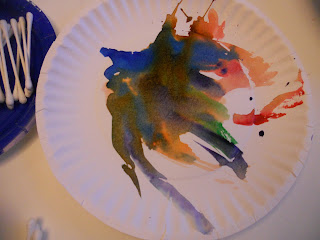 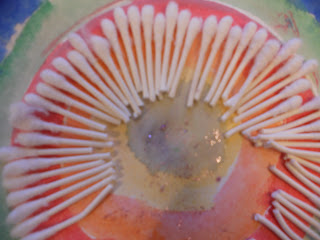 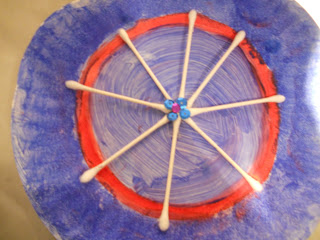 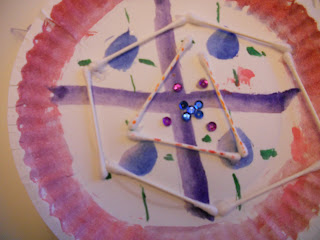 and this awesome snowflake:
﻿ 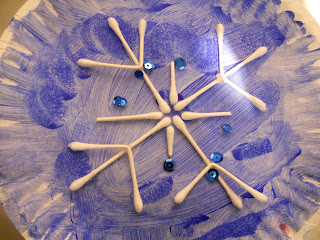 For more fun snowflake crafts you can make with clever items like price tag stickers check out Simple & Striking Snowflake Crafts for Kids, and you can find directions for a handprint snowflake here.
Posted by Unknown at 9:55 PM No comments: Links to this post

First up: taking (admittedly bad) selfies with my son. 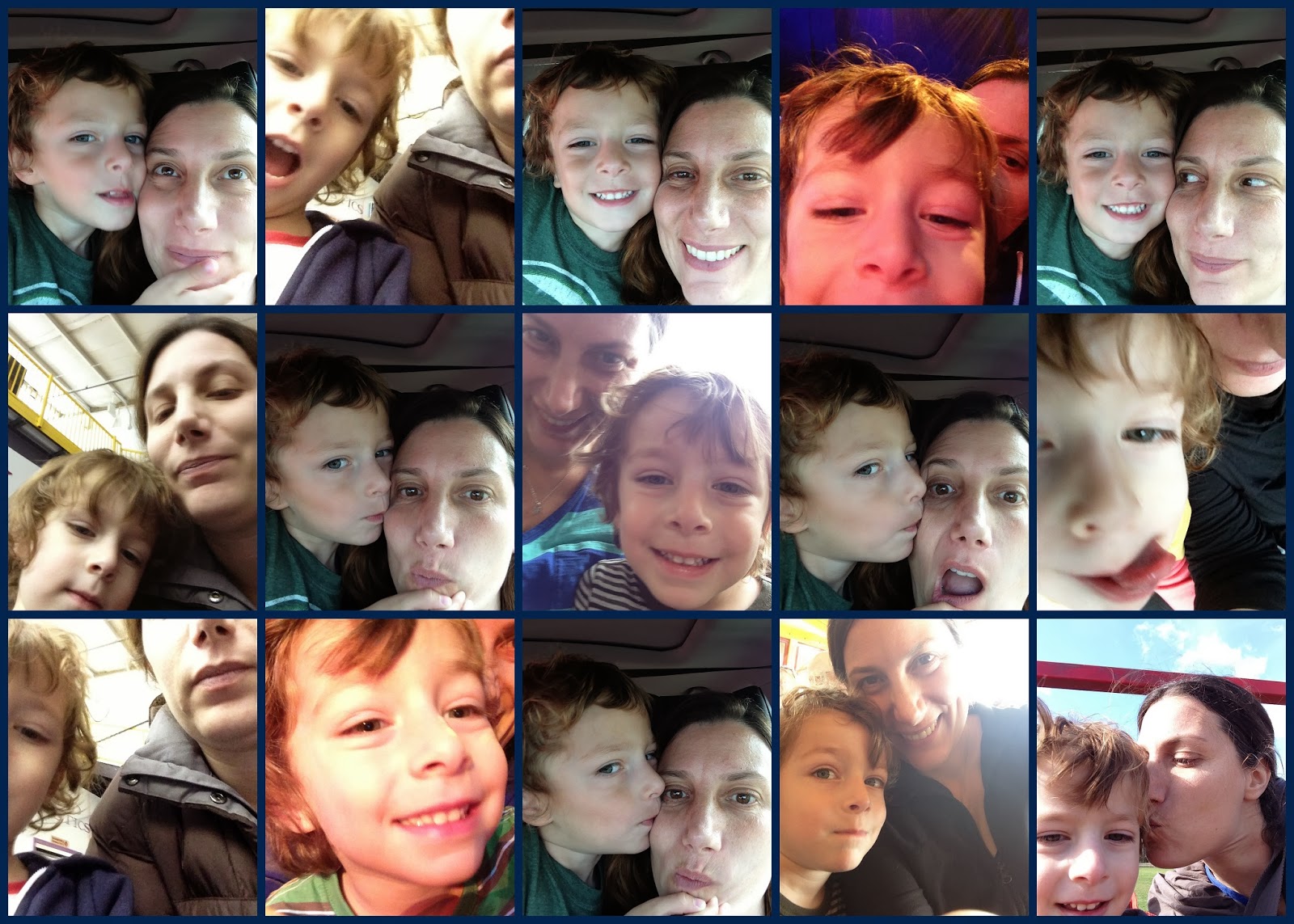 Anti-selfie may be the hot trend of 2014, but if taking selfies is wrong, I don't want to be right.
Posted by Unknown at 6:00 AM 2 comments: Links to this post

Farewell Noel: The Greatest and Most Depressing Christmas Tree Video You'll Ever See

For anyone who has ever laid awake at night wondering what happens to all those New York City Christmas trees, this video reveals the sad truth.

With thanks to A.E., the genius behind Farewell Noel.
Posted by Unknown at 11:31 PM 1 comment: Links to this post

Instructions for My Husband: A Word Can Still Exist Even if You Have Never Heard It.

This post is sponsored by Grammarly. I use Grammarly's English grammar correction feature because I don't want my husband to be able to say to me "actually, you used an 'is' where you should have used an 'are'" or something else equally annoying.

While I know you are a stanch logophile, still, there are a few - possibly even more than a few - words you don't know. I am aware that you want to think you know every single word in the English language. We all do. It would be awesome.

But you don't know all of the words.

When I use in conversation one of the clearly very, very few words that you don't already know the incorrect response is, "Never heard of it. You must have that wrong."

The correct response is, " Oh cool, I learned a new word! I can't wait to use it at the office on Monday! What a lucky break for a logophile like me to learn a new word!"

The even more correct response is, "My wife has the most amazing vocabulary. I'm so lucky to be married to someone I can learn new words from all the time!"

And last, just for the record, lonsman really is another word for Jew, and a gondola doesn't only refer to a boat in Venice.

This is my thirty-sixth instruction in my ongoing series Instructions for my Husband.

Follow along on Facebook on the Instructions to my Husband page since something stupid funny is always going on there.

Posted by Unknown at 7:00 AM 3 comments: Links to this post

Email ThisBlogThis!Share to TwitterShare to FacebookShare to Pinterest
Labels: Humor, Instructions for My Husband, Sponsored 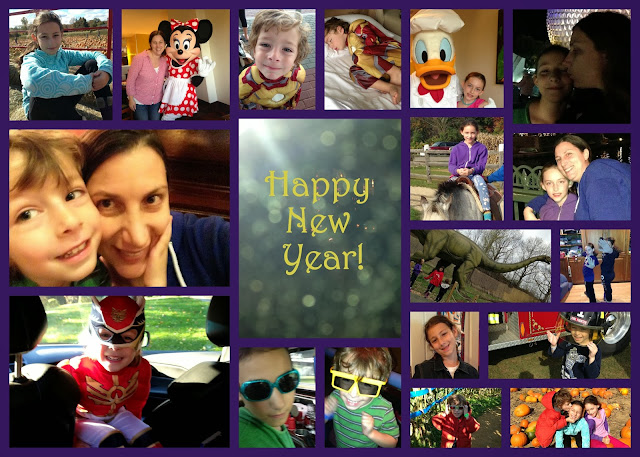