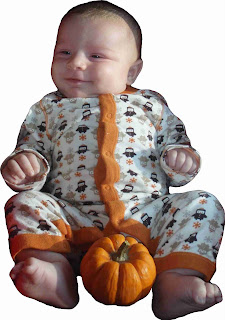 My mom felt badly that Ziggy didn't get to go to the pumpkin patch so she sent me this picture with this email:
"i cropped pic of ziggy so you can superimpose on pump patch and tell him he was there!"

Thanks, Mom.
Posted by Unknown at 9:46 PM No comments: Links to this post 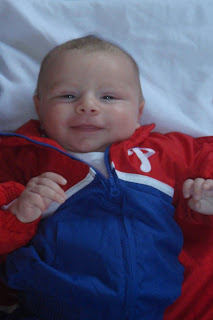 From One Cole to Another
Posted by Unknown at 9:58 PM No comments: Links to this post

Email ThisBlogThis!Share to TwitterShare to FacebookShare to Pinterest
Labels: Ziggy

Here's an email I got from my momma today:


"Bought Ziggy some plaid PJ's since U like 2 dress him in old men clothes
and he's in bed a lot."
you may also recall momma's sartorial email from last year:

Posted by Unknown at 9:55 PM No comments: Links to this post

Email ThisBlogThis!Share to TwitterShare to FacebookShare to Pinterest
Labels: Family, My Mom

They really should make a woof translator

I'm linking-up this old post to Finding the Funny, the funnest online party around. Visit Kelley's Break Room and My Life and Kids for lots of hilarious posts!

Today, Kay and I were taking a scenic stroll along the streets of Larchmont, NY when we saw a lady walking two small, and very cute, dogs. Kay and I both smiled at the sweet lil dogs.

And I said, "I love those kinds of dogs. I think they're French Bulldogs." And Kay said, "So, they speak French?"

Then I felt badly. I shouldn't laugh at a child's naivete I reminded myself sternly, and engaged Kay in several minutes of inane banter about how French Bulldog referred to where the dogs' ancestors came from many years ago, and that these dogs lived here now in Larchmont, NY, so they spoke the same language as their owners, which I assumed to be English.

I even threw in an example to illustrate my point that English Sheepdogs spoke the language of whatever country they happened to be living in and not necessarily English, because again, the English referred to their place of origin and not what language they spoke.

Then Kay asked, quite seriously, "Mommy, how does an English Sheepdog living in France say "Woof" in French?

And Kay says, "But that is how those French Bulldogs just said it, so they are talking in French, like I said."

And I very quickly realized that I probably shouldn't have laughed in the first place. Kay was right - I have no idea if French Bulldogs speak French or English. Why did I think it was silly to think the French Bulldogs spoke French, and I had to go ad be so condescending that they obviously spoke English!

So, I ask, does anyone have an accurate translation of "Woof" or any inside information on what French Bulldogs and English Sheepdogs are most likely to be speaking?
Posted by Unknown at 9:14 PM 5 comments: Links to this post