I actually got my kids good last year on April Fools Day.

I got them first thing in the morning. I told them to go in the family room and watch TV and I would make breakfast and call them in when it was ready.

Then I brought them all a glass of refreshing apple juice to enjoy while they were waiting for breakfast... 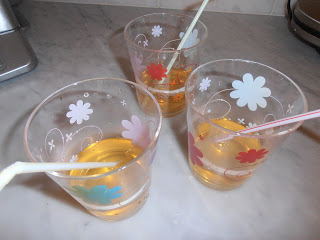 ...and stood in the corner and watched as they slowly realized their juice was just apple-ly looking gelatin. 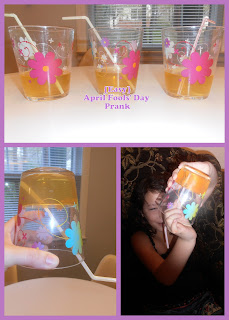 The kids later claimed they should've none something was up when I told them to go watch some TV while I brought them a drink. Yes kids, you should've. But you didn't. HAPPY APRIL FOOLS' DAY!

Note: This prank inspired by Jelled Juice. I made mine with plain Knox unflavored gelatin and apple juice.

Now to think about something good for this year, who has a good (and easy) idea?

Nice! I could totally get my kids with this one - can't wait for after-school snack time! All I have is red jello though; hopefully Ivan convince them it's fruit punch...? Thanks for the inspiration!

Super cute. I can't wait till my guys get older for pranks. Hmm, maybe I can.

Spiritual health incorporates an intentional life, fantastic quality, and realization of various dimensions and limits of human creatures. Spiritual health makes a harmony between the physical, mental, and social parts of human life.
Visit this site to buy all types of medicines-"buygenericviagraonline".